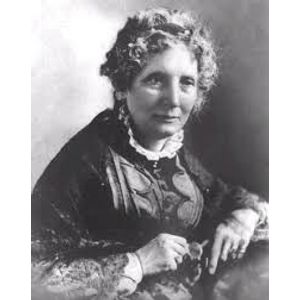 You must sign in to apply for this position.

If you don't have an account, visit Get Engaged and create an acccount as a Skilled Volunteer to offer to help.

Lyman Beecher preached a powerful anti-dueling sermon in response to the famous Hamilton-Burr duel of 1804. This brought him national attention and kickstarted a century of Beecher family activism on a wide range of moral topics. ... See MoreSee Less

The Battle of Gettysburg began on this day in 1863. Do you know about the Beecher family's connections to the Civil War?

Born in Cincinnati in 1840, Frederick Stowe, son of Harriet Beecher and Calvin Stowe, fought in the battle of Gettysburg as a Union officer. Frederick was wounded in the head by shrapnel during the bombardment on Cemetery Hill. He survived and returned to service.

Several other Beecher family members served in both military and civilian capacities during the Civil War. Make your appointment to learn about them in our upstairs exhibit "To Give It All to This Cause."
... See MoreSee Less

Thanks to the Cincinnati Civil War Round Table for their support on this exhibit.

June's month's Semi-Colon Club (Saturday at 12pm) is reading this collection of primary documents, including Lucy Skipwith's correspondence with the man who enslaved her. He had offered her freedom before the end of the war if she would move to Liberia. She declined to respond.

After gaining her freedom through the end of the war, Lucy wrote to him in 1865, "I have looked over my mind in regard to going to Liberia but I cannot get my consent to go there, but I think you for your advice. None of our people are willing to go. I am still carrying on my School on the plantation & the Children are learning very fast. I have been thinking of putting up a large School next year as I can do more at that than I can at any thing else & I can get more children more than I can teach."

If you haven't had a chance to read but would like to listen to the discussion Saturday at 12pm, RSVP through Eventbrite here: www.eventbrite.com/e/79571772313 ... See MoreSee Less

"History is not the past, it is the present. We carry our history with us. We are our history."
- James Baldwin

Come learn some of Cincinnati's history. All tours are private and by appointment. Make yours today! 513-751-0651 or www.stowehousecincy.org/visit-the-house.html ... See MoreSee Less

So glad to see Harriet with a mask—we can count on her to do the right thing and help save lives!!